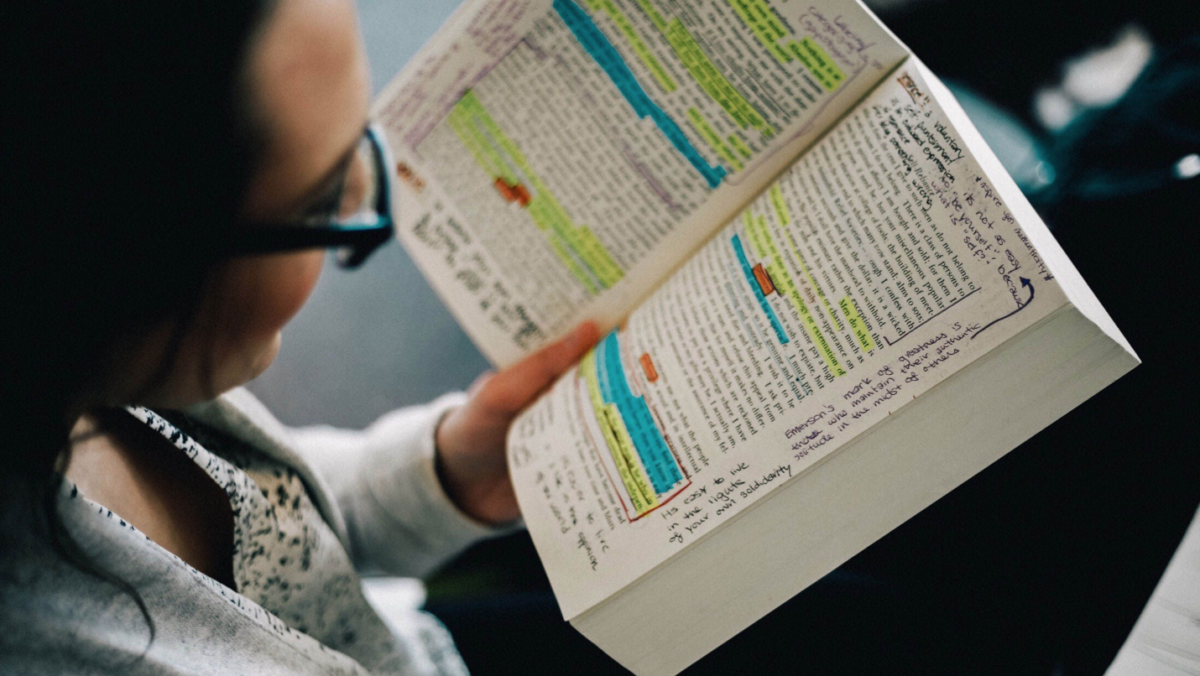 1. RIGHT AND LEFT-HANDEDNESS IN HUMANS

Why do humans, virtually alone among all animal species, display a distinct left or right-handedness? Not even our closest relatives among the apes possess such decided lateral asymmetry, as psychologists call it. Yet about 90 per cent of every human population that has ever lived appears to have been right-handed. Professor Bryan Turner at Deakin University has studied the research literature on left-handedness and found that handedness goes with sidedness. So nine out of ten people are right-handed and eight are right-footed. He noted that this distinctive asymmetry in the human population is itself systematic. “Humans think in categories: black and white, up and down, left and right. It”s a system of signs that enables us to categorise phenomena that are essentially ambiguous.’

What then makes people left-handed if it is not simply genetic? Other factors must be at work and researchers have turned to the brain for clues. In the 1860s the French surgeon and anthropologist, Dr Paul Broca, made the remarkable finding that patients who had lost their powers of speech as a result of a stroke (a blood clot in the brain) had paralysis of the right half of their body. He noted that since the left hemisphere of the brain controls the right half of the body, and vice versa, the brain damage must have been in the brain’s left hemisphere. Psychologists now believe that among right-handed people, probably 95 per cent have their language centre in the left hemisphere, while 5 per cent have right sided language. Left-handers, however, do not show the reverse pattern but instead a majority also have their language in the left hemisphere. Some 30 per cent have right hemisphere language.

Dr Brinkman, a brain researcher at the Australian National University in Canberra, has suggested that evolution of speech went with right-handed preference. According to Brinkman, as the brain evolved, one side became specialised for fine control of movement (necessary for producing speech) and along with this evolution came right- hand preference. According to Brinkman, most left-handers have left hemisphere dominance but also some capacity in the right hemisphere. She has observed that if a left-handed person is brain-damaged in the left hemisphere, the recovery of speech is quite often better and this is explained by the fact that left-handers have a more bilateral speech function.

In her studies of macaque monkeys, Brinkman has noticed that primates (monkeys) seem to learn a hand preference from their mother in the first year of life but this could be one hand or the other. In humans, however, the specialisation in function of the two hemispheres results in anatomical differences: areas that are involved with the production of speech are usually larger on the left side than on the right. Since monkeys have not acquired the art of speech, one would not expect to see such a variation but Brinkman claims to have discovered a trend in monkeys towards the asymmetry that is evident in the human brain.

Two American researchers, Geschwind and Galaburda, studied the brains of human embryos and discovered that the left-right asymmetry exists before birth. But as the brain develops, a number of things can affect it. Every brain is initially female in its organisation and it only becomes a male brain when the male foetus begins to secrete hormones. Geschwind and Galaburda knew that different parts of the brain mature at different rates; the right hemisphere develops first, then the left. Moreover, a girl’s brain develops somewhat faster than that of a boy. So, if something happens to the brain’s development during pregnancy, it is more likely to be affected in a male and the hemisphere more likely to be involved is the left. The brain may become less lateralised and this in turn could result in left-handedness and the development of certain superior skills that have their origins in the left hemisphere such as logic, rationality and abstraction. It should be no surprise then that among mathematicians and architects, left-handers tend to be more common and there are more left-handed males than females.

The results of this research may be some consolation to left-handers who have for centuries lived in a world designed to suit right-handed people. However, what is alarming, according to Mr. Charles Moore, a writer and journalist, is the way the word “right” reinforces its own virtue. Subliminally he says, language tells people to think that anything on the right can be trusted while anything on the left is dangerous or even sinister. We speak of lefthanded compliments and according to Moore, “it is no coincidence that lefthanded children, forced to use their right hand, often develop a stammer as they are robbed of their freedom of speech”. However, as more research is undertaken on the causes of left-handedness, attitudes towards left-handed people are gradually changing for the better. Indeed when the champion tennis player Ivan Lendl was asked what the single thing was that he would choose in order to improve his game, he said he would like to become a lefthander. 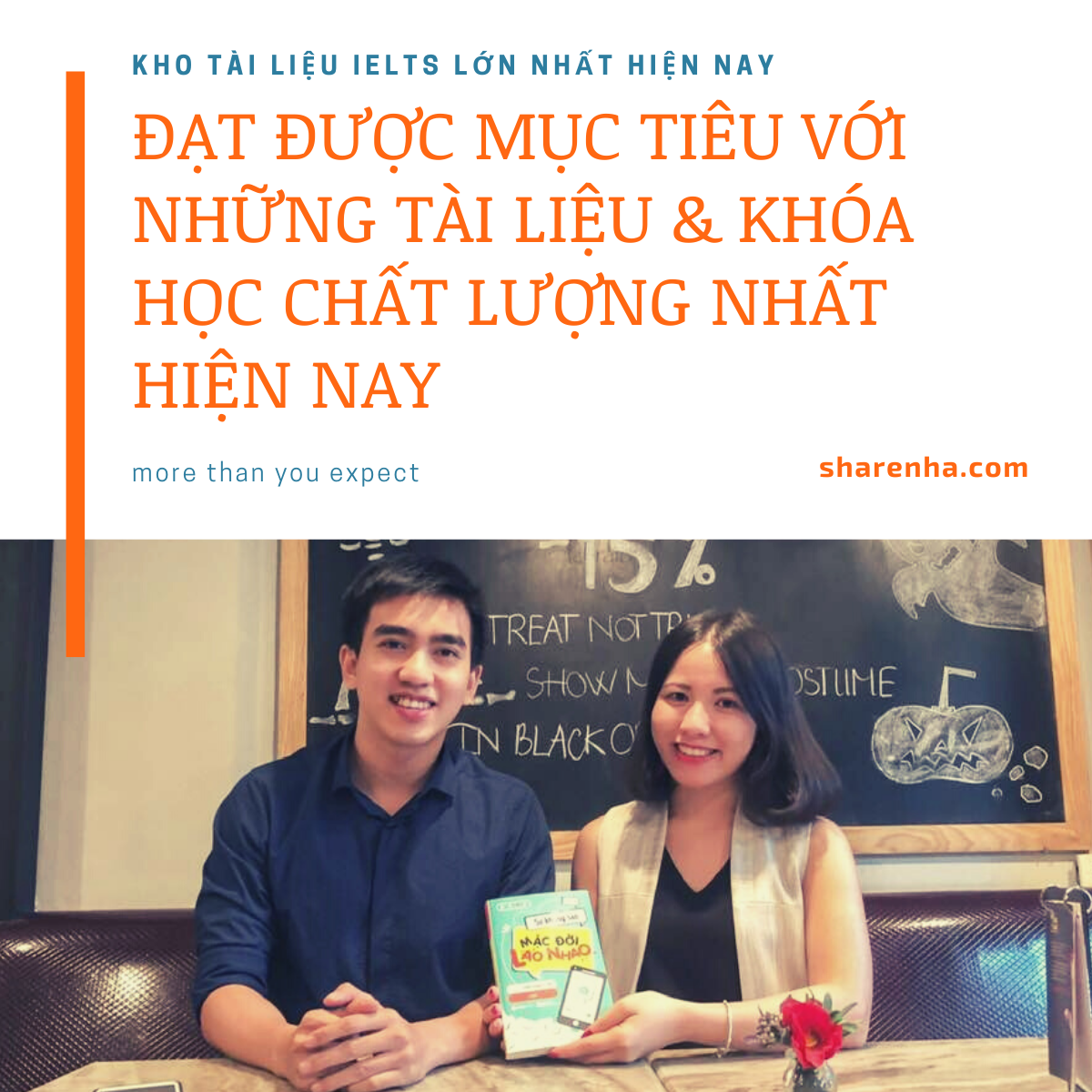 RIGHT AND LEFT-HANDEDNESS IN HUMANS
Questions 1-7: Use the information in the text to match the people (listed A-E) with the opinions (listed 1-7) below. Write the appropriate letter (A-E) in boxes 1-7 on your answer sheet. Some people match more than one opinion.

Example Monkeys do not show a species-specific preference for left or right-handedness. Answer B
…
…

1. Human beings started to show a preference for right-handedness when they first developed language.
2. Society is prejudiced against left-handed people.
3. Boys are more likely to be left-handed.
4. After a stroke, left-handed people recover their speech more quickly than right handed people.
5. People who suffer strokes on the left side of the brain usually lose their power of speech.
6. The two sides of the brain develop different functions before birth.
7. Asymmetry is a common feature of the human body.

ĐÁP ÁN VÀ DẪN CHỨNG
1. B
Evolution of speech went with right-handed preference
2. D
Language tells people to think that anything on the right can be trusted while anything on the left is dangerous or even sinister
3. C
There are more left-handed males than females.
4. B
If a left-handed person is brain-damaged in the left hemisphere, the recovery of speech is quite often better
5. A
Patients who had lost their powers of speech as a result of a stroke
6. C
The left-right asymmetry exists before birth
7. E
This distinctive asymmetry in the human population is itself systematic 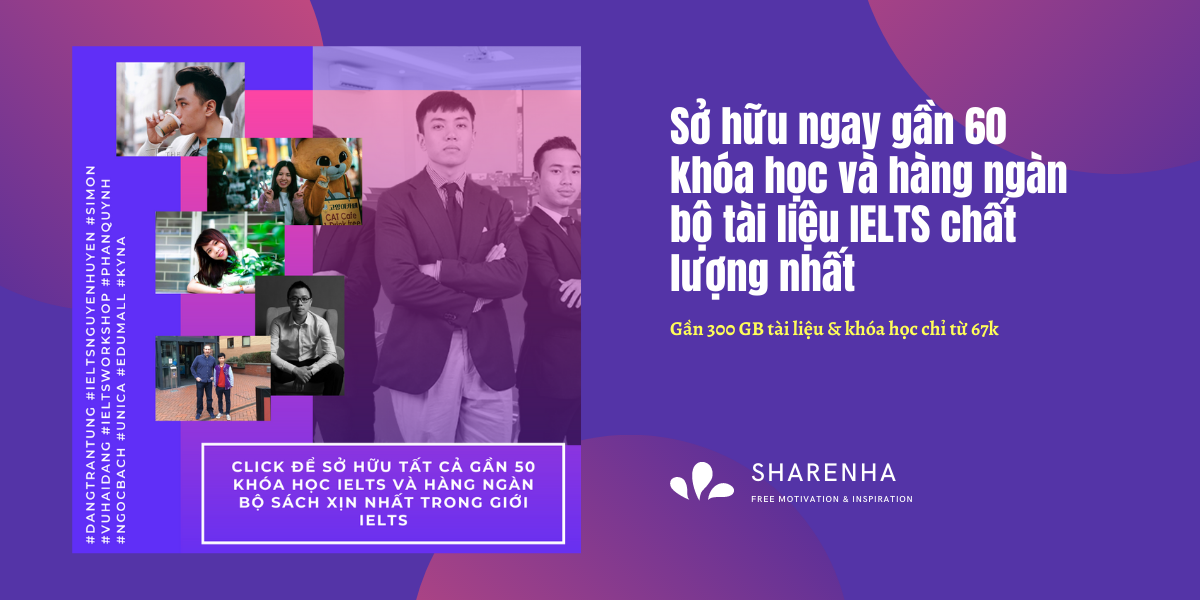 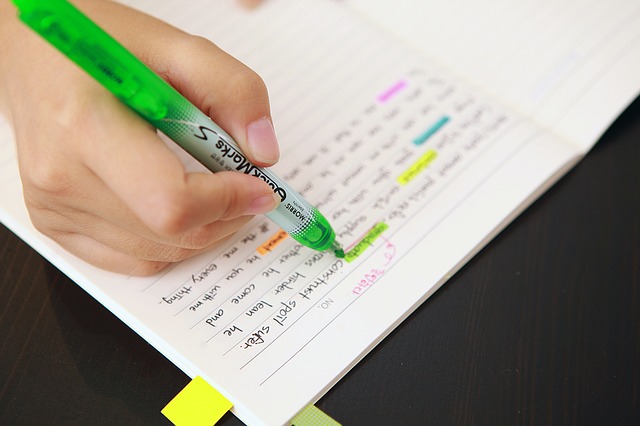 2. A SPARK, A FLINT: HOW FIRE LEAPT TO LIFE [The control of fire was the first and perhaps greatest of humanity’s steps towards a life-enhancing technology.]

To early man, the fire was a divine gift randomly delivered in the form of lightning, forest fire or burning lava. Unable to make flame for themselves, the earliest peoples probably stored fire by keeping slow burning logs alight or by carrying charcoal in pots.

How and where man learnt how to produce flame at will is unknown. It was probably a secondary invention, accidentally made during tool-making operations with wood or stone. Studies of primitive societies suggest that the earliest method of making fire was through friction. European peasants would insert a wooden drill in a round hole and rotate it briskly between their palms This process could be speeded up by wrapping a cord around the drill and pulling on each end.

The Ancient Greeks used lenses or concave mirrors to concentrate the sun’s rays and burning glasses were also used by Mexican Aztecs and the Chinese.

Percussion methods of fire-lighting date back to Paleolithic times, when some Stone Age toolmakers discovered that chipping flints produced sparks. The technique became more efficient after the discovery of iron, about 5000 years ago In Arctic North America, the Eskimos produced a slow-burning spark by striking quartz against iron pyrites, a compound that contains sulphur. The Chinese lit their fires by striking porcelain with bamboo. In Europe, the combination of steel, flint and tinder remained the main method of fire lighting until the mid 19th century.

Fire-lighting was revolutionized by the discovery of phosphorus, isolated in 1669 by a German alchemist trying to transmute silver into gold. Impressed by the element’s combustibility, several 17th-century chemists used it to manufacture fire-lighting devices, but the results were dangerously inflammable. With phosphorus costing the equivalent of several hundred pounds per ounce, the first matches were expensive.

The quest for a practical match really began after 1781 when a group of French chemists came up with the Phosphoric Candle or Ethereal Match, a sealed glass tube containing a twist of paper tipped with phosphorus. When the tube was broken, air rushed in, causing the phosphorus self-combust. An even more hazardous device, popular in America, was the Instantaneous Light Box — a bottle filled with sulphuric acid into which splints treated with chemicals were dipped.

The first matches resembling those used today were made in 1827 by John Walker, an English pharmacist who borrowed the formula from a military rocket-maker called Congreve. Costing a shilling a box, Congreves were splints coated with sulphur and tipped with potassium chlorate. To light them, the user drew them quickly through folded glass paper.

Walker never patented his invention, and three years later it was copied by a Samuel Jones, who marketed his product as Lucifers. About the same time, a French chemistry student called Charles Sauria produced the first “strike-anywhere” match by substituting white phosphorus for the potassium chlorate in the Walker formula. However, since white phosphorus is a deadly poison, from 1845 match-makers exposed to its fumes succumbed to necrosis, a disease that eats away jaw-bones. It wasn’t until 1906 that the substance was eventually banned.

That was 62 years after a Swedish chemist called Pasch had discovered non-toxic red or amorphous phosphorus, a development exploited commercially by Pasch’s compatriot J E Lundstrom in 1885. Lundstrom’s safety matches were safe because the red phosphorus was non-toxic; it was painted on to the striking surface instead of the match tip, which contained potassium chlorate with a relatively high ignition temperature of 182 degrees centigrade.

America lagged behind Europe in match technology and safety standards. It wasn’t until 1900 that the Diamond Match Company bought a French patent for safety matches — but the formula did not work properly in the different climatic conditions prevailing in America and it was another 11 years before scientists finally adapted the French patent for the US.

The Americans, however, can claim several “firsts” in match technology and marketing. In 1892 the Diamond Match Company pioneered book matches. The innovation didn’t catch on until after 1896, when a brewery had the novel idea of advertising its product in match books. Today book matches are the most widely used type in the US, with 90 percent handed out free by hotels, restaurants and others.

Other American innovations include an anti-after-glow solution to prevent the match from smoldering after it has been blown out; and the waterproof match, which lights after eight hours in water. 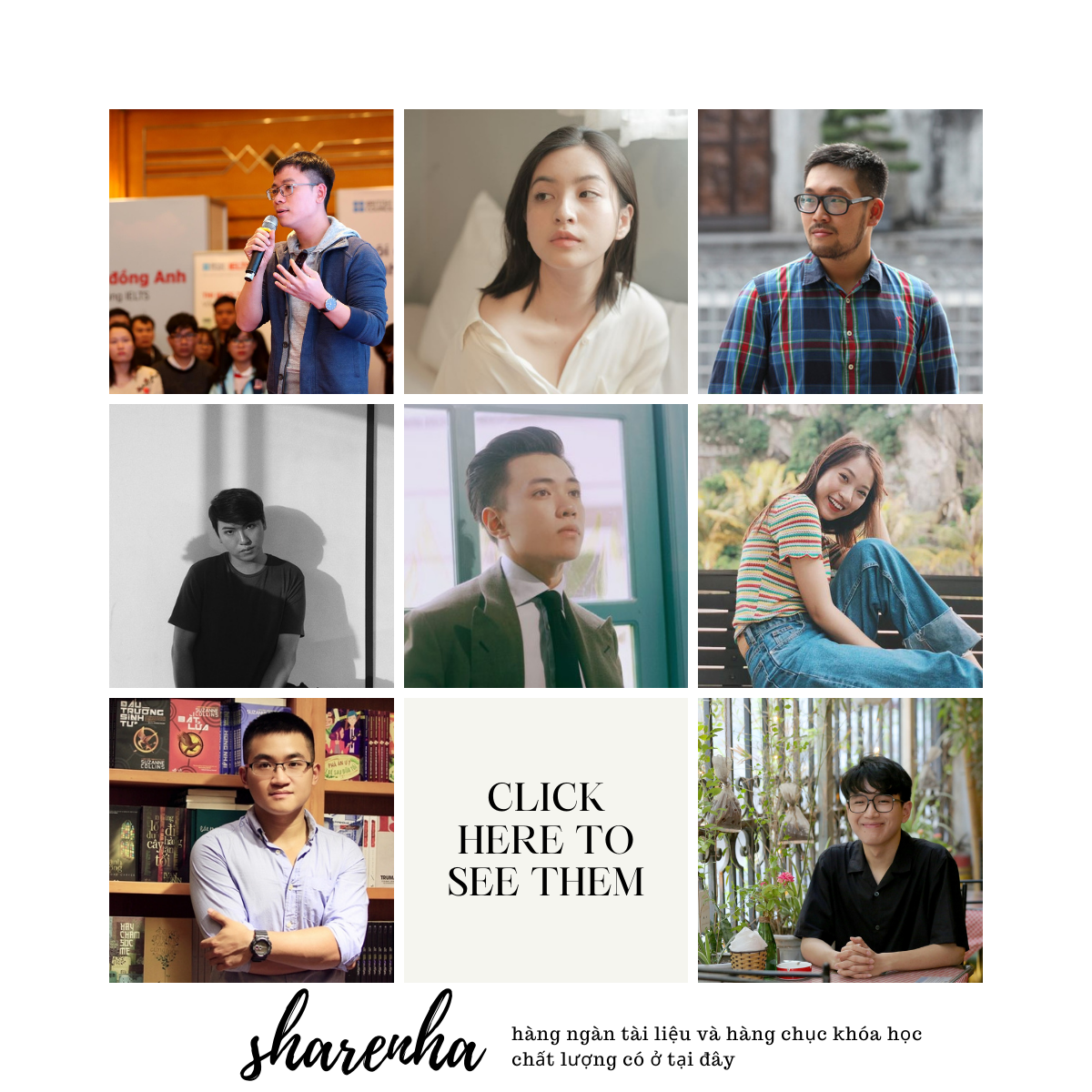 …
QUESTIONS 9-15
…
Look at the following notes that have been made about the matches described in Reading Passage 32. Decide which type of match (A-H) corresponds with each description and write your answers in boxes 9-15 on your answer sheet.
…

NB There are more matches than descriptions so you will not use them all. You may use any match more than once.
… 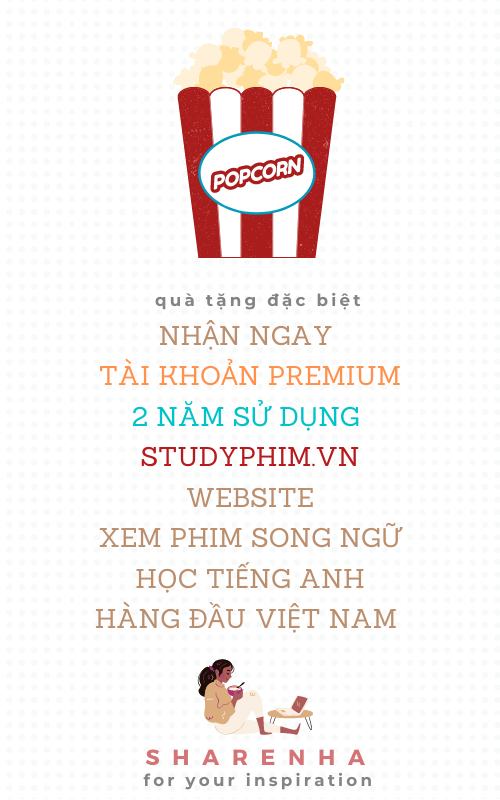 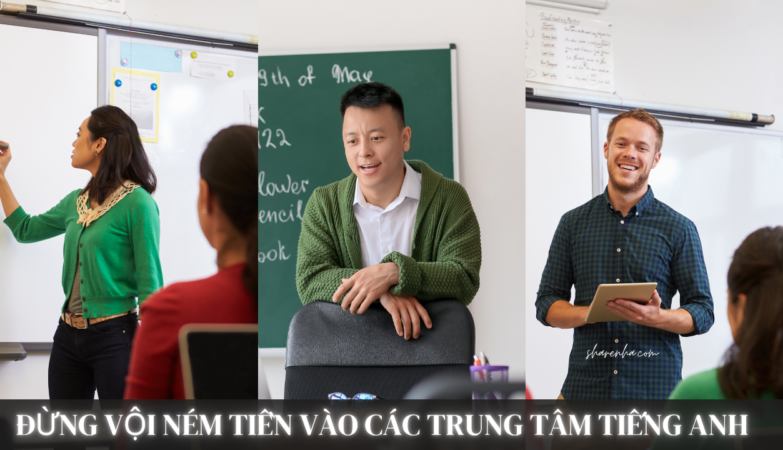 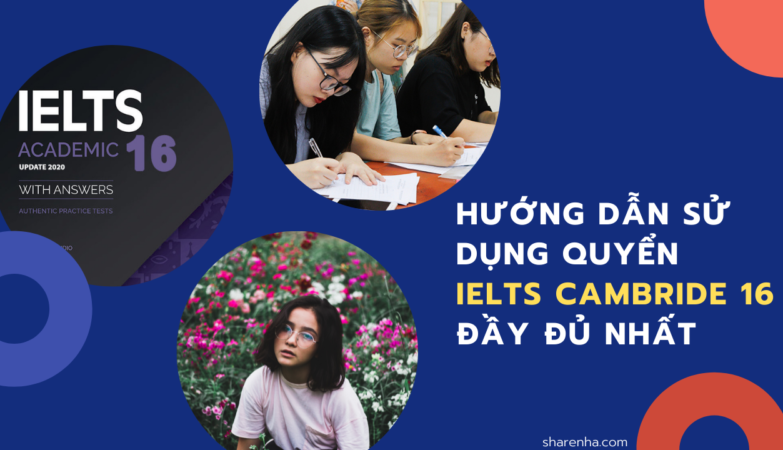 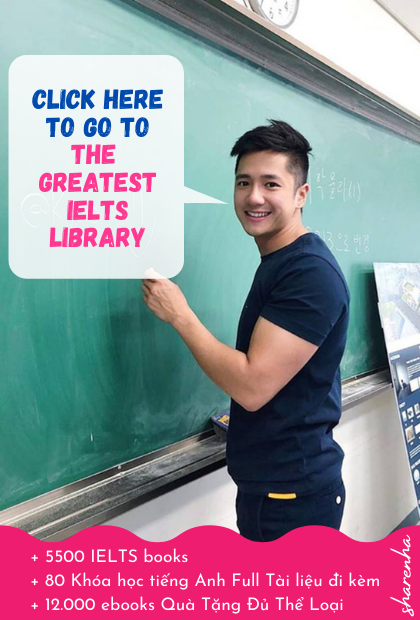